The Greens’ portfolio reshuffle in September 2015 was virtually unannounced. Is it a coincidence that it occurred on Malcolm Turnbull’s first day as Prime Minister? Still some commentators were quick to notice the political direction of the changes:

“The content of the unadvertised reshuffle further demonstrates that the Greens are a party lurching rightwards. Lee Rhiannon and Janet Rice have been stripped of key campaign portfolio responsibilities, on the same day Richard di Natale has indicated he will work with the Liberal party on refugees and marriage equality.”(GL) 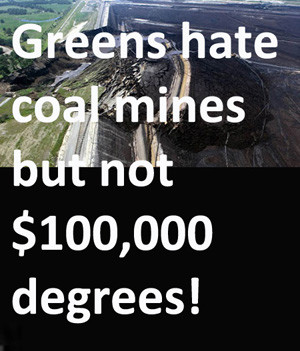 Why is this important? Senator Lee Rhiannon’s work in the TAFE sector has been well regarded by the major education unions. Her area has been split between Robert Simms in South Australia and the Tasmanian Senator Nick McKim.

“In 2011 McKim served as Minister for Education in a Tasmanian Labor dominated government where he oversaw significant cuts to public education funding in that state. The appointment of McKim to this role is unsurprising given their new leader. Within the Greens Di Natale is said to oppose the Greens’ longstanding commitment to free tertiary education.”(GL) 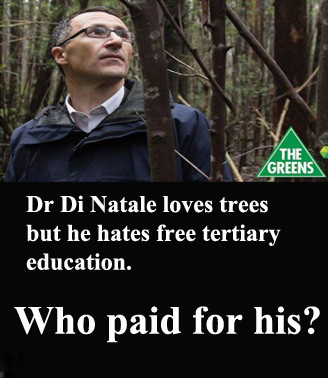 Surely Di Natale’s opposition to free tertiary education fits in far better with the LNP policy than many Greens voters and the Labor Party. Senator McKim has stated clearly that he is a champion of “entrepreneurship and the collaborative economy, which will be real economic drivers into the future.” Again, music to the ears of the LNP.

The Young Greens of New South Wales comment on the removal of Senator Rhiannon says it all:

“This decision will hurt the entire education movement across the country. Activists, students, NAPU and NTEU & AEU members have relied on the support of Senator Rhiannon for many years, and have developed a strong working relationship with her. These close relationships, and the actions Senator Rhiannon has taken, have allowed the Greens to be at the forefront of the campaign against deregulation, and together we have played a key role in defeating it. This decision will, in many ways, alienate thousands of young people and union members from the Greens.”(GL)

If you remove a strong opponent of deregulation and increasing the cost of a tertiary education from that portfolio and replace them with a person happy to cut funding to education, what is the Greens' real policy on this area? Certainly this is question Greens supporters should be asking the Party leadership!